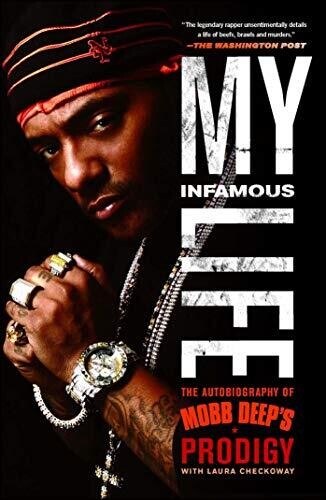 My Infamous Life: The Autobiography of Mobb Deep's Prodigy

Now in paperback, the first memoir of the golden era of hip-hop reveals a hidden side to today’s biggest rappers and industry executives, from one of the biggest names in the rap game.

Recently released from a three-year stint in prison, Mobb Deep’s Prodigy is one half of one of the most influential hip-hop groups of all time. In My Infamous Life, Prodigy shares stories about growing up in a privileged family among music royalty like Diana Ross and Dizzy Gillespie, his parents’ tragic end, his struggles with drugs, his life-long battle with sickle-cell anemia, and unremitting hospitalizations. He transports readers behind the scenes of the wild life and times of Mobb Deep, who alongside rappers, such as Nas, The Notorious B.I.G., Tupac, Jay-Z, and Wu-Tang Clan, changed the musical landscape with their unapologetic portrayals of street life. My Infamous Life also provides the inside scoop about the dark side of the entertainment business, legendary rap feuds and the East Coast vs. West Coast war, the inner workings of record labels, and encounters with several very recognizable women.

My Infamous Life is a modern-day Down These Mean Streets - a candid memoir from a man who rose to the dizzying heights of fame at the front line of one of the last great moments in hip-hop history…and who eventually fell into the darkness of a prison cell.