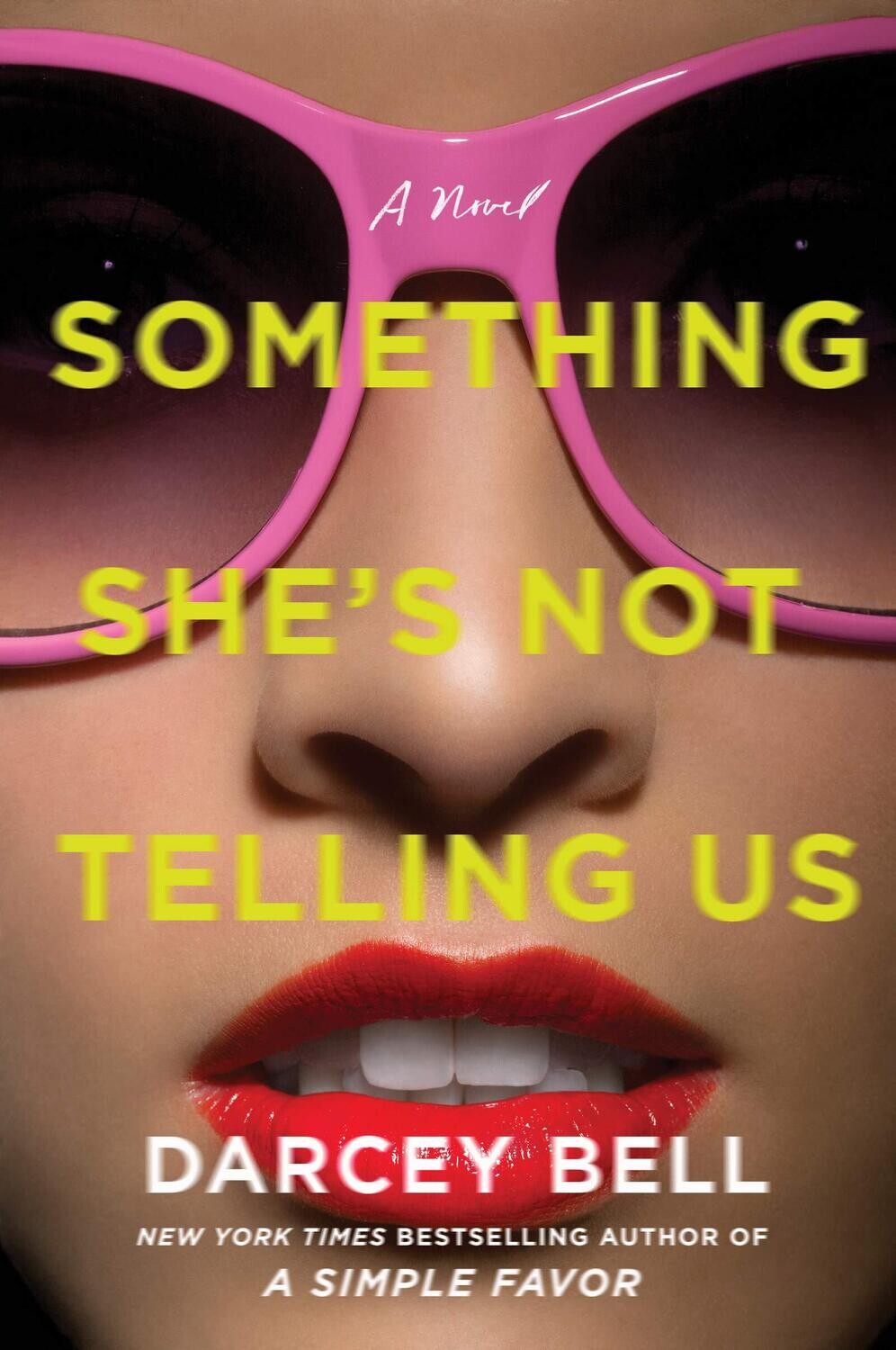 Something She's Not Telling Us: Dracy Bell

Named most anticipated book of the year by Cosmopolitan, Women's Wear Daily, Woman's Day, She Reads, The Nerd Daily, and Sassy Sarah Reads.

From the New York Times bestselling author of A Simple Favor comes an electrifying domestic thriller of how one woman’s life is turned upside down when her brother brings his new girlfriend to visit—and no one is telling the truth about who they really are.

Charlotte has everything in life that she ever could have hoped for: a doting, artistic husband, a small-but-thriving flower shop, and her sweet, smart five-year-old daughter, Daisy. Her relationship with her mother might be strained, but the distance between them helps. And her younger brother Rocco may have horrible taste in women, but when he introduces his new girlfriend to Charlotte and her family, they are cautiously optimistic that she could be The One. Daisy seems to love Ruth, and she can’t be any worse than the klepto Rocco brought home the last time. At least, that’s what Charlotte keeps telling herself. But as Rocco and Ruth’s relationship becomes more serious, Ruth’s apparent obsession with Daisy grows more obvious. Then Daisy is kidnapped, and Charlotte is convinced there’s only one person who could have taken her.

Ruth has never had much, but now she’s finally on the verge of having everything she’s ever dreamed of. A stable job at a start-up company, a rakish, handsome boyfriend with whom she falls more in love with every day—and a chance at the happy family she’s always wanted, adorable niece included. The only obstacle standing in her way is her boyfriend’s sister Charlotte, whose attitude swerves between politely cold and outright hostile. Rebuffing Ruth’s every attempt to build a friendship with her and Daisy, Charlotte watches over her daughter with a desperate protectiveness that sends chills down Ruth’s spine. Ruth knows that Charlotte has a deeply-buried secret, the only question is: what? A surprise outing with Daisy could be the key to finding out, and Ruth knows she must take the chance while she has it—for everyone’s sake.

As the two women follow each other down a chilling rabbit hole, unearthing winding paths of deceit, lies, and trauma, a family and a future will be completely—and irrevocably—shattered.

From its very first page, Something She’s Not Telling Us takes hold of readers’ imagination in a harrowing, unforgettable thriller that dives deep into the domestic psyche and asks the question: Is anyone ever really who they say they are…?