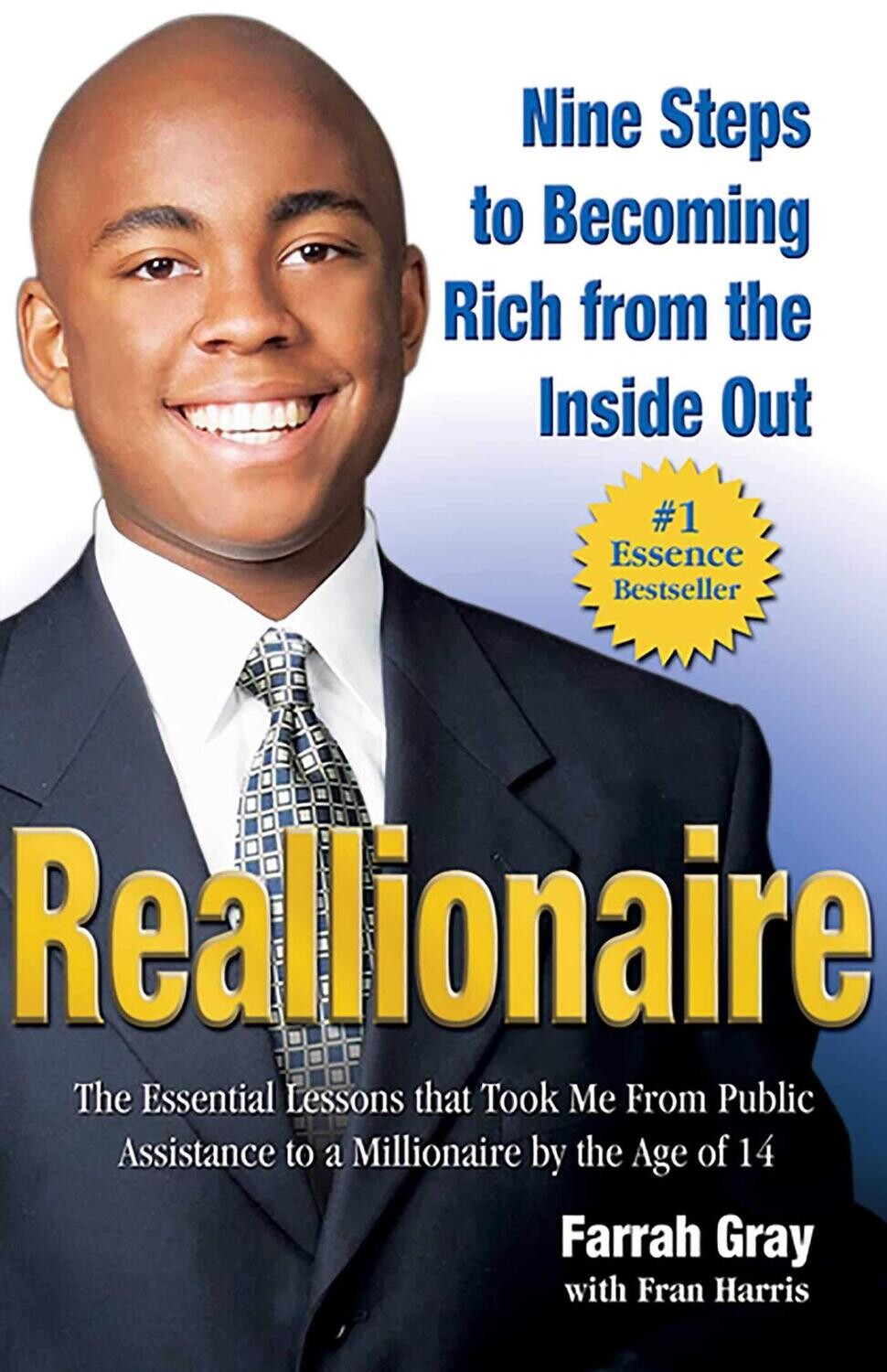 Reallionaire: Nine Steps to Becoming Rich from the Inside Out

Farrah Gray is no ordinary teenager. He wears a suit and tie; he has an office on Wall Street and another one in Los Angeles . . . and he sold his first business at the age of 14 for more than a million dollars. He invested that money in a partnership with Inner City Broadcasting, one of the most prominent African-American owned businesses in the country, and now is heading the relaunch of their signature magazine, InnerCity. According to People magazine, Farrah is the only African-American teenager to rise from public assistance to a business mogul without being in entertainment or having a family connection.

Reallionaire tells Farrah’s extraordinary and touching story. When he was just six, Farrah’s mother became seriously ill, prompting his decision to provide for this family, and he spent the first $50 he ever made taking them for a real sit-down dinner. At the age of eight, he founded his first business club. By fourteen, with a million dollars in his pocket, Farrah was well on his way to business success.

Each stage of Farrah’s progress is marked by one of the principles of success he learned along the way, creating not just an extraordinary story but also a step-by-step primer for others to create success in their own lives with honor; charity and compassion.

In the tradition of great motivators and leaders, this is both an instructional book and a story to inspire others to live life to the fullest. And readers don’t have to be interested in business to enjoy it. In fact, Farrah is a role model for everyone.