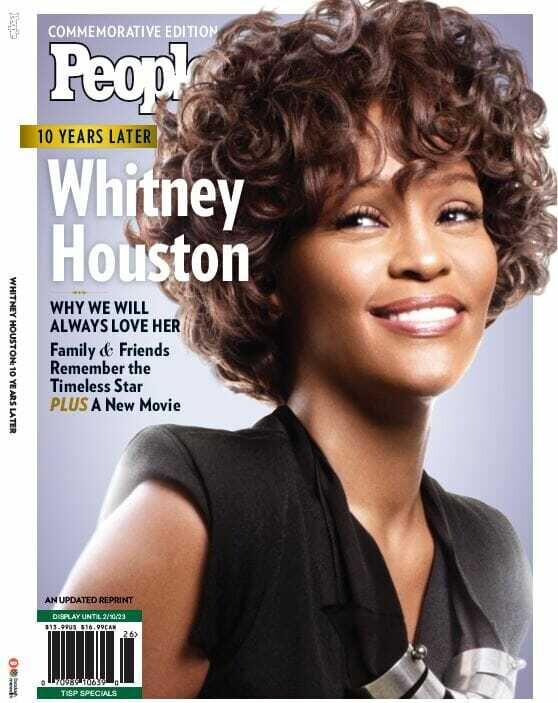 Her's was a skyrocket of a life, a tale of beauty, soaring talent, and the risks of stardom.

Whitney Houston was born to sing: Her mom, Cissy Houston, is a noted gospel singer; Dionne Warwick was her cousin, soul great Aretha Franklin her aunt. And she was beautiful: Before she ever had a big radio hit, a teenage Whitney was booking modeling gigs in major magazines. Legendary talent guru Clive Davis heard her sing in a club and signed her at 19; her first album, Whitney Houston, spawned three No. 1 hits and made her a staple on MTV. Seven years later, The Bodyguard made her a movie star.

But at the height of an almost-unprecedented arc, something went wrong. Marriage to singer Bobby Brown coincided with a slip from the pinnacle; soon Houston was missing shows, behaving erratically and, eventually, admitting to drug problems. A comeback had started to gain traction-until, the night before the 2012 Grammy Awards, the 48-year-old star was found dead, of unspecified causes, in her Beverly Hills hotel room.

Packed with photos and insight,

People: Remembering Whitney Houston looks back on wonder, and drama, of a remarkable life.

Browse a wide selection of popular magazines. From fashion magazines to travel, lifestyle, home, cooking and more, there's much to choose from!